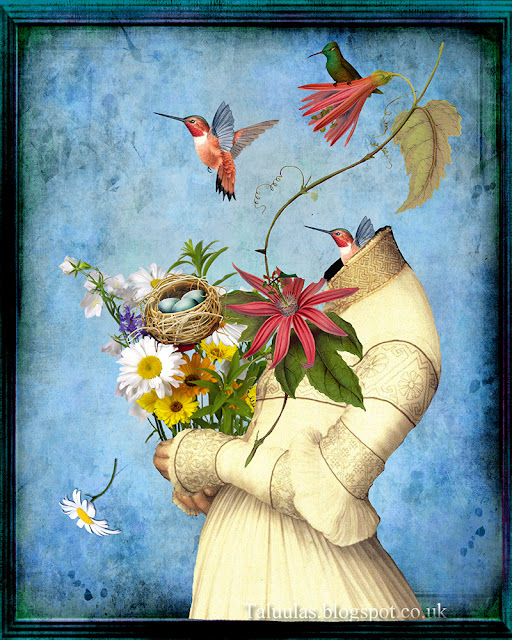 Our theme across at the Muses this week is SPRING.  Tah Dah! 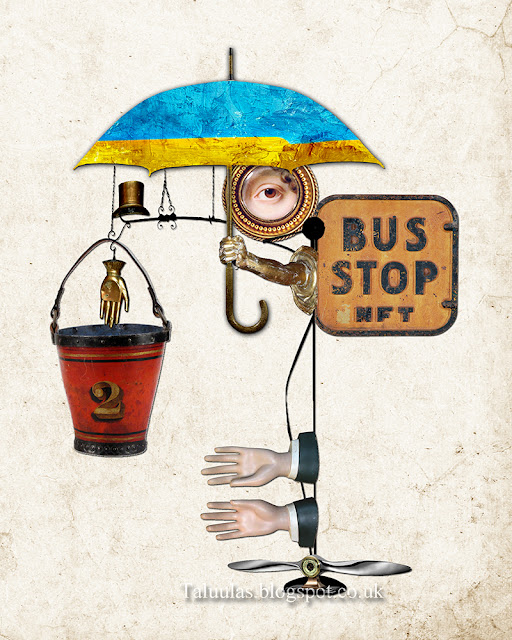 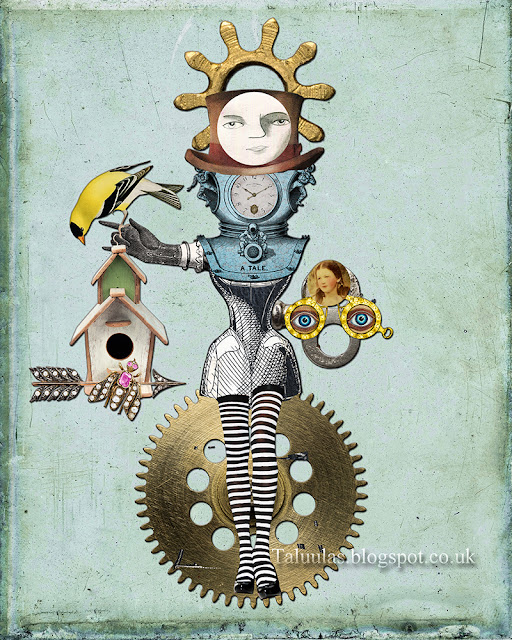 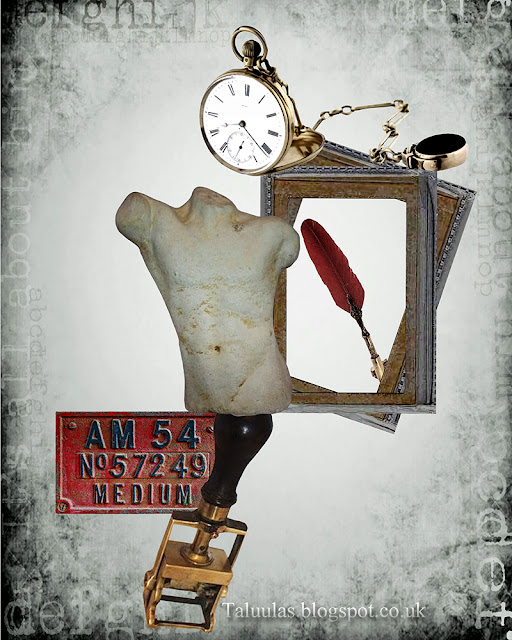 For the Digitalmania (inspired by Sherry Parker) challenge. 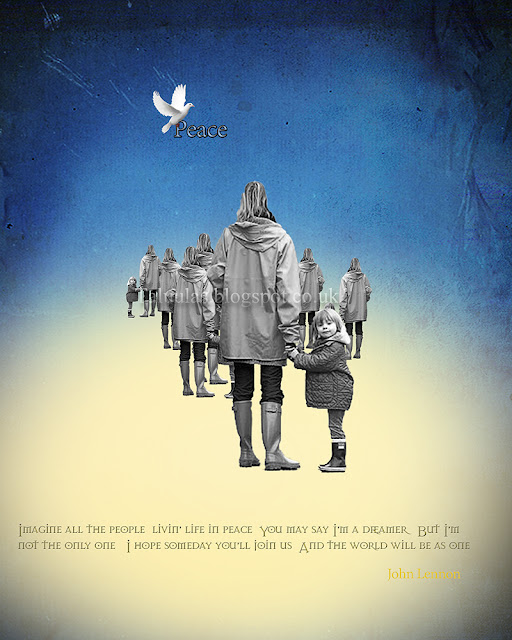 I think the only time you will ever see me publish anything political but it has to be done!
The pieces below are my personal protest against the war in Ukraine! 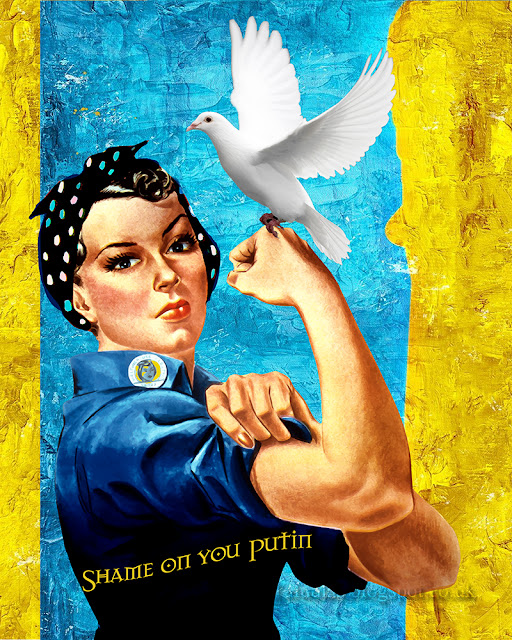 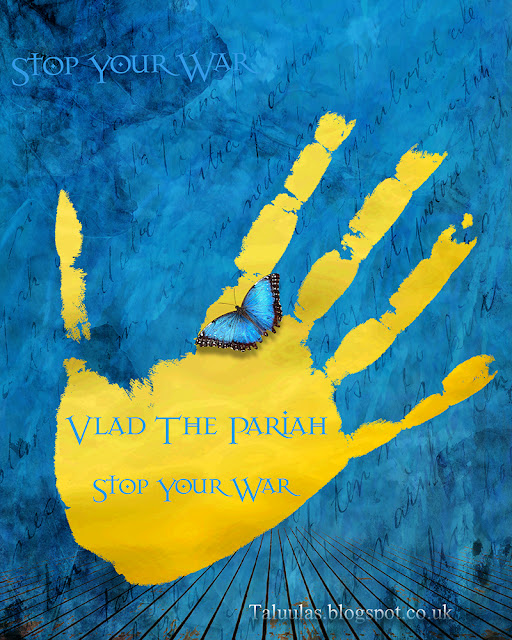 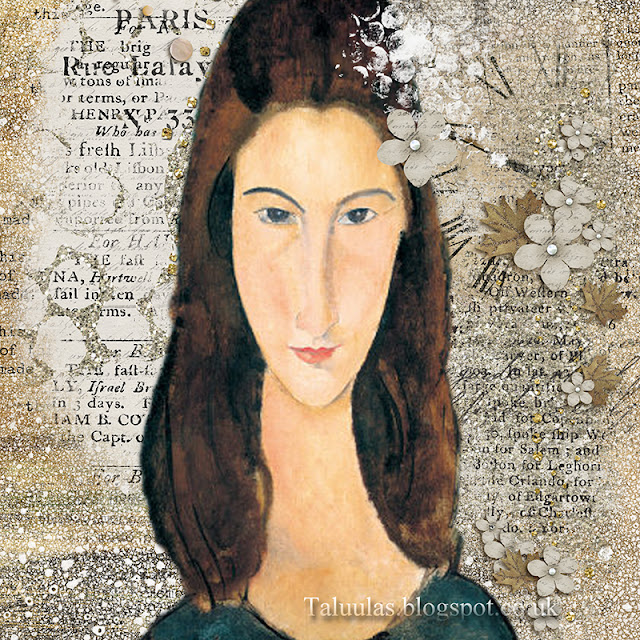 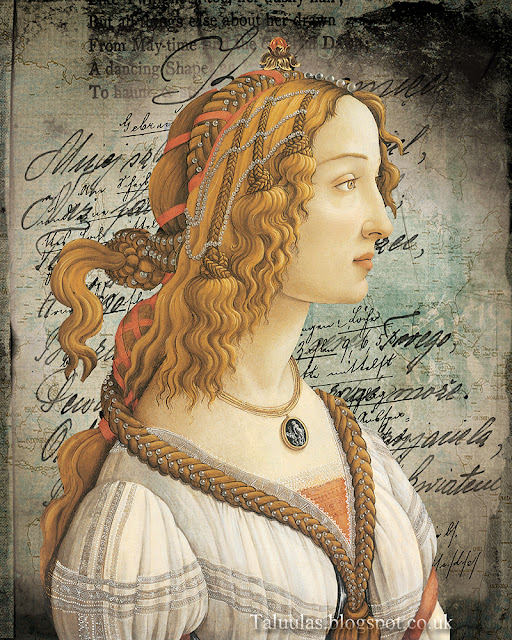 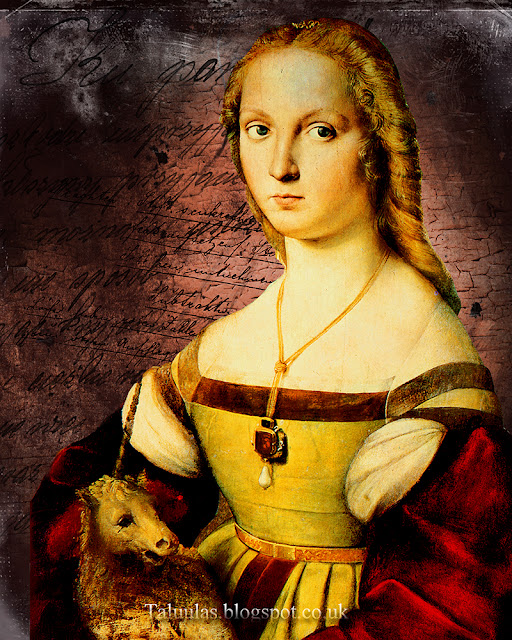 For the Digitalmania (inspired by Ingrid Pomeroy) challenge. 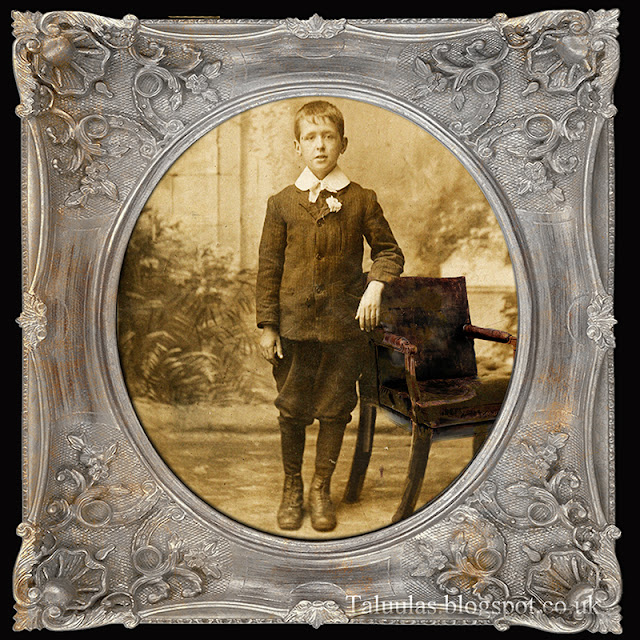 For the Digitalmania (Yesterday) challenge.

Leonard, born 1900 (my grandfather) who lied about his age to join up in the first world war.  He was shot and wounded and convalesced in a seaside town on the west coast and there he met his future wife ... my grandmother.

He went on to fight in the second world war and was stationed in Iceland when he heard his wife (my grandmother) had died!  My mum was 14 at the time.

My mother tells me he was thought to have been lost trying to get back from France to England but one day she saw him walking down the road. He'd come up at Ypres and was then able to hitch lifts to get home! 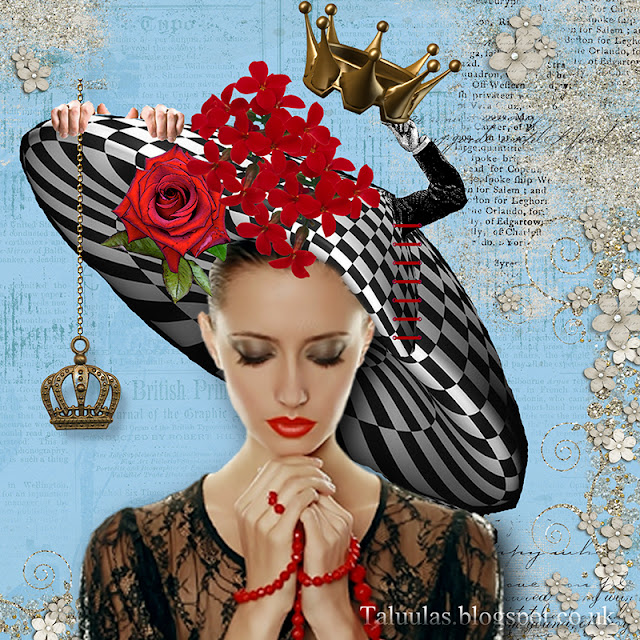 The theme at the Three Muses this week is HATS OR CROWNS or in my case both!! 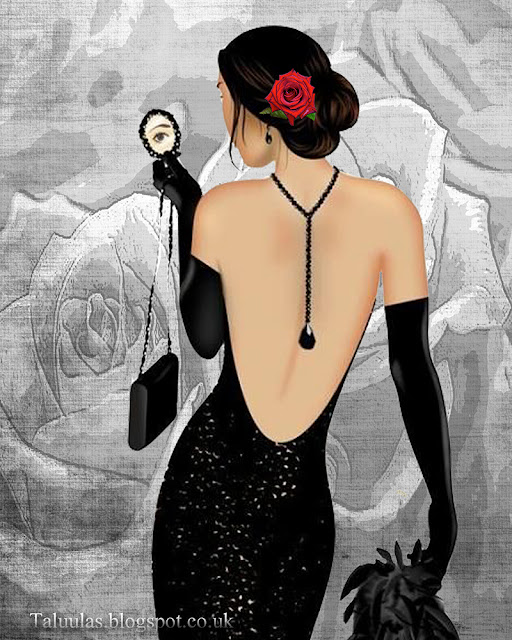 It's BLACK, WHITE AND RED across at the Three Muses this week.  Tah Dah!
Posted by Taluula at 8:08 pm 8 comments: 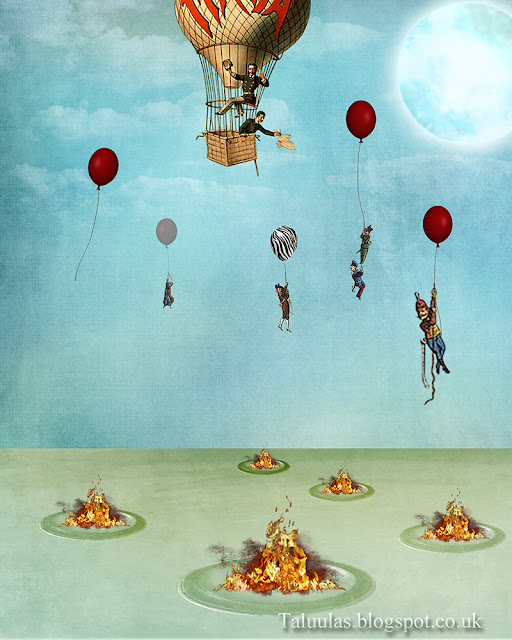 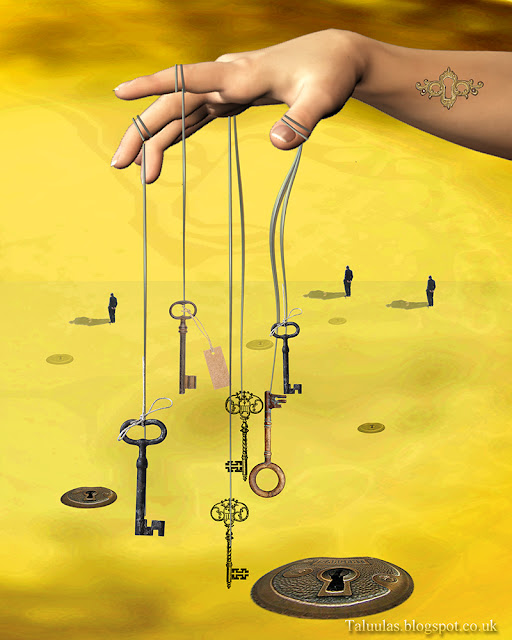 For the Digitalmania (inspired by Marcel Caram) challenge.
Posted by Taluula at 11:26 am 2 comments: 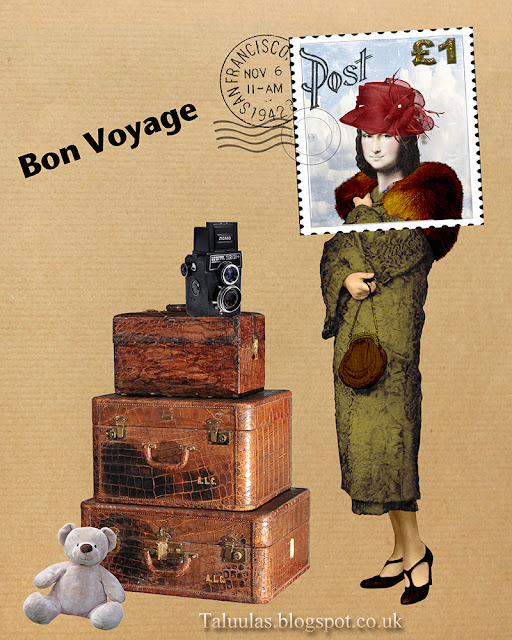 As it's MAIL ART (in any form) this week at the Muses I just wanted to tell you who I saw from my bedroom window (a week last Tuesday).  Yes ... none other than the famous lady herself who it seemed was on her travels yet again!  Did she escape from the Louvre or is she just on a little City Break for a few days ... who knows!

Image credits : FinecraftedDesigns and the PublicDomain. 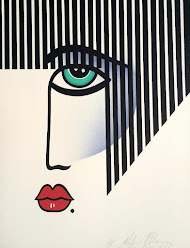 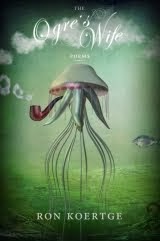 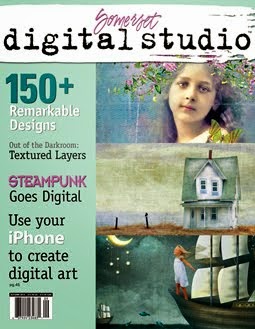 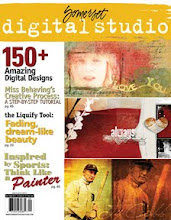 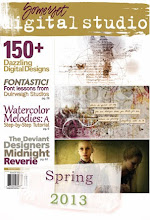 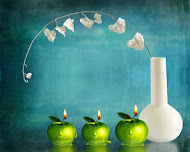 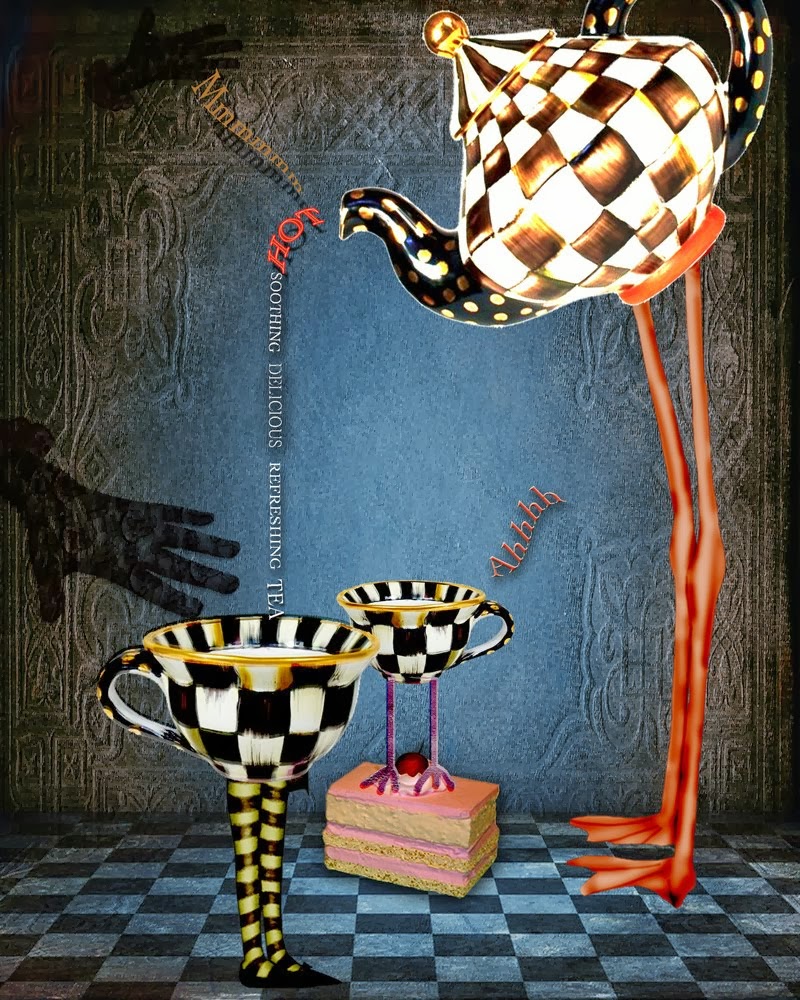